My husband would refer to me as a “recipe follower”. As odd as the description is, it sums me up pretty well. I follow recipes down to the 1/8 teaspoon of pepper. If my awesome cook of a mother saw a recipe that called for 1/8 teaspoon pepper, she would toss some pepper in her palm, and throw it in the bowl. When I see it however, I get out my nifty little 1/8 teaspoon for measuring, poor the pepper in and slide a knife across the top. Yep. That’s me. In a nutshell. Don’t get me started on recipes that call for a “dash” of something. What does that even mean? I’ll just “dash” my way back to the cookbook and find a recipe that isn’t speaking nonsense.

Every few months my husband will challenge me, “Ok babe, how about tonight you try cooking without any measuring cups…Ohhhh snap!”. He thinks he’s funny, so I’ve humored him back and tried it a couple times. Just the act of it made me uncomfortable, but it doesn’t stop there. When we are sitting down to eat our meal of unmeasured ingredients, I’ve already convinced myself that it’s ruined. What if I had followed the recipe? What would it taste like? What would it look like? After all, recipes are there for a reason, right? They are there to say, “Oh you want Chicken Parmigiana tonight? Well here’s EXACTLY how to get it. You’re welcome.” It’s a beautiful thing! 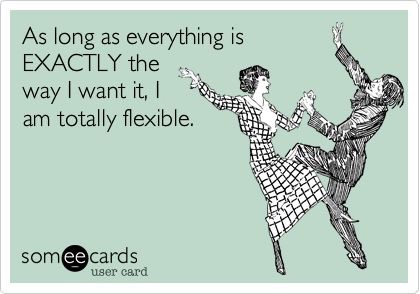 As Gia was receiving her diagnosis I, like all Apraxia parents, wanted to know what was next. Tell me what to do and I’ll do it. Just lay it all out and I’m on board. Please just tell me how to fix this. You leave the therapists office with your plan of action, and a whole lot of hope. But wait, you forgot to give me my handbook! Oh that’s ok, I’ll just do a little research online, find my trusty little Apraxia handbook, it will tell me EXACTLY how to fix this, and voila! So I researched, and nothing. Researched again, still nothing. Not one Apraxia handbook, not one recipe for the perfect Apraxia stew, not one instructional guide to the fastest Apraxia resolve, and not one set of directions to an Apraxia-free life. Nothing. Doesn’t Apraxia know the value of a good old-fashioned, step-by-step recipe?!

So here I am 7 months later, and still no handbook. As anxiety-provoking as it was, I had no choice but to accept that I would never find my black and white answer to Apraxia, and I would be living in the gray for years to come. This was nothing that my measuring cups could fix. Every child’s Apraxia recipe is different, and I had to depend on a team of people to help me create Gia’s. The reality is, the recipe changes – sometimes daily! Miss Anna-Alyse may have a plan for Gia’s session that I like to believe looks something like this… 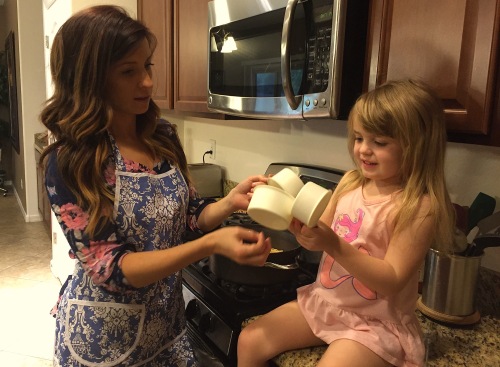 4 year-olds think about two things: playing and sugar. Having a 4 year-old in this much therapy is not normal. It’s a constant balancing act of getting in as much therapy as we can in the hopes of quicker results, and not working her too hard with the fear of overwhelming her to point of regression. There’s this voice in your head that one week is saying, “She’s exhausted, maybe I need to cut back on therapy.”, and the next week is saying, “She’s doing awesome! Let’s add two more days of therapy!” It could drive you insane!

I recently went through a bit of a “funk”, where I had a nagging feeling that I needed to change something about Gia’s Apraxia recipe; both at home and at therapy. On the home front, we are testing out the new Speech E-Z Apraxia Program App (this is exciting!), we are cutting back on her sugar intake (this should be fun!), and we are starting Gia on a daily routine of fish oil, choline, and probiotics (yay for research!). On the therapy front, I had a much needed meeting with one of Gia’s PATIENT SLP’s, Anna-Alyse. Our meeting turned in to a counseling session, that in the end helped me make a decision I had pondered over for weeks. So I added another day of Speech, and decided to try some Music therapy once a week to top it off. So yes, overnight I added two more hours of therapy a week to Gia’s recipe, and I feel good about it! My gut was telling me she could handle more and needed more, so I listened to it. If it’s all too much for Gia, then I’m only a few steps away from the simple solution: First, my gut will tell me, then I’ll obsess about it, then I’ll have Anna-Alyse make me feel better, then I’ll just change the recipe again. Simple!

Having no control over something as life-changing as Apraxia has been a tough pill to swallow. I had to go through many sleepless nights and nail-biting sessions to finally swallow that square-shaped pill. I have my ups and downs, my days that Apraxia and I just aren’t seeing eye to eye. I can promise you I will have these days until the last minute of Gia’s last therapy session, and probably even after. Apraxia goes against everything that I am – it’s my dash of salt. I like instructions, I like directions, and I really, really like recipes! Gia and her clingy little sidekick, Apraxia are going to teach me a thing or two about life – let go, have faith and trust.

Gia is currently working toward mastering her 3-word sentences. With that being said, there are very few phrases she can use intelligibly that have more than 3 words. I’m going to leave you with one of them…

We’re meant for each other 🙂 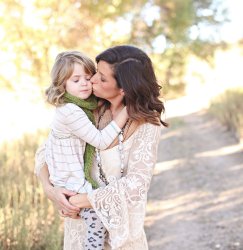 Recent Posts: What Would Gia Say?

The girl on the right

What Gia is saying 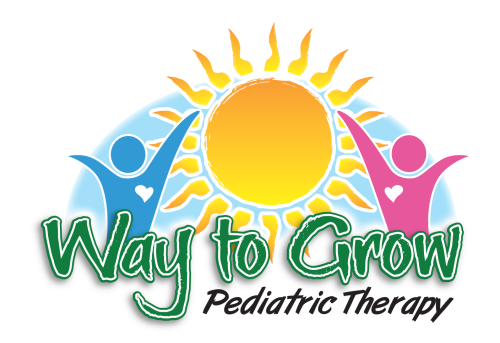